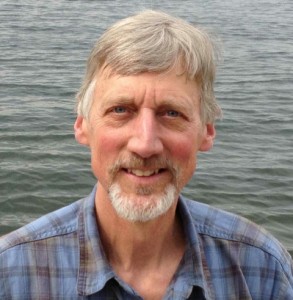 An anthropologist, David received his PhD in 1984 from the University of Arizona, based on field research on irrigation development in India. Most of his career has focused on international water issues, including five years with the International Water Management Institute in Sri Lanka and 13 years in Washington, DC working with consulting firms, and the World Bank, on water and natural resources policies in developing countries. Since 2002, David has focused on environmental and cultural aspects of water policies. He helped establish the Indigenous Water Initiative to coordinate inputs from Indigenous Peoples in the World Water Fora in Kyoto (2003) and Mexico City (2006).  He was director of the Santa Fe Watershed Association, in Santa Fe, New Mexico (USA) from 2006 to 2009.  He established the Water-Culture Institute in 2010 to promote the integration of Indigenous and traditional cultural values into water policies and practices.  David is an Adjunct Associate Professor of Anthropology at the University of New Mexico, Albuquerque. His ideas are outlined in two recent books, Water Ethics: A Values Approach to Solving the Water Crisis (2013), and Global Water Ethics: Towards a Global Ethics Charter (2017, co-edited with Rafael Ziegler).   Email: dgroenfeldt [at] waterculture.org